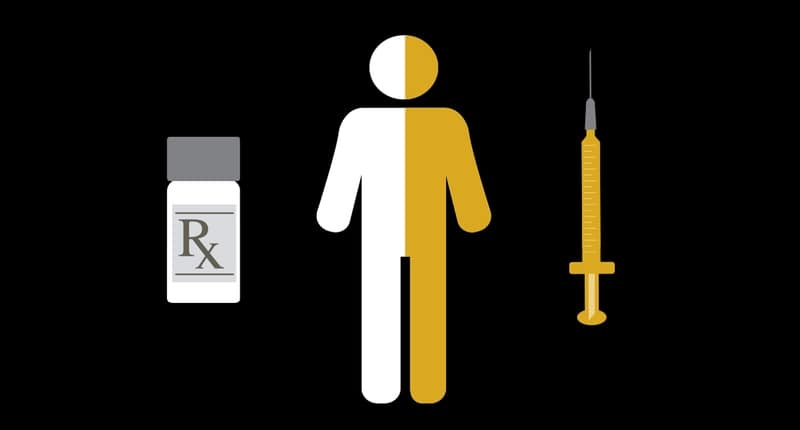 Opioids are powerful psychoactive chemicals that have the ability to effectively relieve serious pain by binding with key receptors in the brain.

Opioids may be prescribed to help relieve and control severe or chronic pain. Because prescription opioids can create a sense of euphoria, some people misuse them to get high. If used too much, dependency and addiction can occur and the risk of overdose increases. Commonly misused opioids include: hydrocodone(Vicodin), oxycodone (OxyContin), tramadol and codeine (cough medicine).

Fentanyl is a synthetic opioid that is 80-100 times stronger than morphine. Pharmaceutical fentanyl was developed for pain management treatment of cancer patients, applied in a patch on the skin. Because of its powerful opioid properties, Fentanyl is also diverted for abuse. Fentanyl is added to heroin to increase its potency, or be disguised as highly potent heroin. Many users believe that they are purchasing heroin and actually don’t know that they are purchasing fentanyl – which often results in overdose deaths. Clandestinely-produced fentanyl is primarily manufactured in Mexico. Fentanyl was developed as a strong prescription painkiller for patients with severe, long-term pain. It is similar to morphine but is 50 to 100 times more potent and extremely dangerous to misuse. Improperly ingesting or touching even a tiny amount can cause overdose or death.

More Ventura County drug abusers are overdosing on pills that look like real medications but are often spiked with a lethally potent synthetic opioid according to the Ventura County Pharmaceutical Crimes Unit. Instead of the drug they supposedly contain, the counterfeit pills are commonly laced with fentanyl. “You have to be very, very, very careful,” Young said. “Even just touching it could put a responding law enforcement officer or firefighter at risk.”

According to the DEA, “Capitalizing on the opioid epidemic and prescription drug abuse in the United States, drug trafficking organizations are now sending counterfeit pills made with fentanyl in bulk to the United States for distribution. Counterfeit pills that contain fentanyl and fentanyl-laced heroin are responsible for thousands of opioid-related deaths in the United States each year.” Fentanyl and other highly potent synthetic opioids remain the primary driver behind the ongoing opioid crisis, with fentanyl involved in more deaths than any other illicit drug.

Heroin is a dangerous and illegal street opioid. People sometimes try it as a replacement for legal pain medication but it has no medical use. It is highly addictive and often deadly.

WHAT IS NALOXONE (NARCAN)?